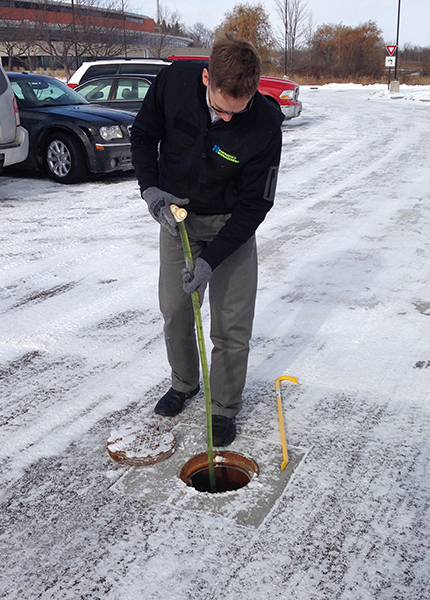 Hennepin County Emergency Management measures local frost depth and freezing rain, which can sometimes be the culprit of these issues. Staff gather measurements at seven county locations weekly in the winter.

Frost depth is usually more of a problem under pavement. When pavement is cleared, cold air has more opportunity to freeze the ground below. Water mains are also under pavement, most of them eight feet underground.

If frost reaches eight feet underground, water main breaks are much more likely. This is because freezing water expands and shifts the soil, putting pressure on water mains.

Ways you can prevent a water main break

Emergency management also monitors frost depth to forecast spring flooding. Flood risk depends on how much snow runs off or soaks into the ground.

There is a high flood risk with deep frost, heavy snowpack and warm temperatures. This can cause snow to run off into rivers, streams and lakes and flood them.

When temperatures slowly rise in the spring, moisture trickles into the ground. This can help drought conditions. 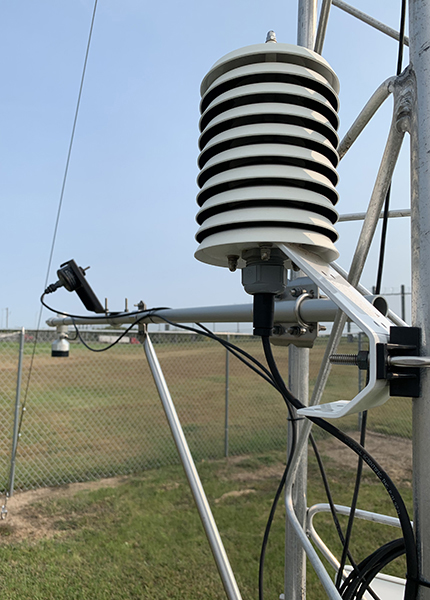 Freezing rain can be detrimental to transportation, public works and public safety.

For example, Metro Transit powers light rail trains using a copper wire above the rail. Crews use a scraper to keep freezing rain off the wire and keep power flowing.

Metro Transit used to guess when freezing rain was occurring and scraped the wire too often. This caused more damage to the expensive wire.

After the county installed a freezing rain sensor, Metro Transit now only scrapes the wire when sensors detect freezing rain. This saves time, energy and money.

To draw any long-term conclusions about climate, we will need a climate record, which is at least 30 years of data. We don't have that data yet, but Meteorologist Emily Harrington with Hennepin County Emergency Management has some predictions.

"Generally, climate change is causing more extreme weather and higher annual temperatures. With these assumptions, frost might not go as deep in the ground year after year. Shallower frost depth will not help drought conditions. It could also create more groundwater flooding caused by winter storms, due to the ground being warmer."

"Freezing rain could become more frequent and hazardous," Harrington continued. "Freezing rain events are very difficult to forecast and even harder to mitigate. By maintaining and expanding our mesonet network, we will understand how our climate is changing." 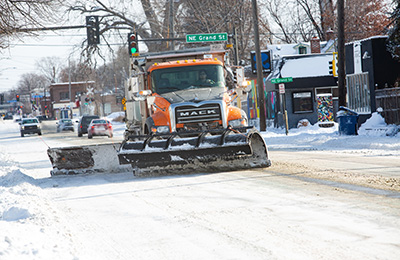 Hennepin County has reduced the salt it uses on county roads to keep waters clean while ensuring roads are safe and drivable for everyone. 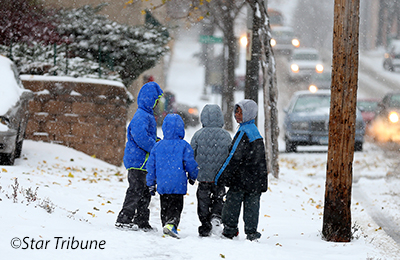 Preparing for winter weather in a changing climate

Minnesota winters provide a variety of exciting opportunities – whether that be sledding, ice skating, skiing, or curling up under a blanket. But winter also presents many hazards we need to prepare for – including extreme cold, snow, and ice. Learn ways to make sure you are prepared to stay safe this winter. 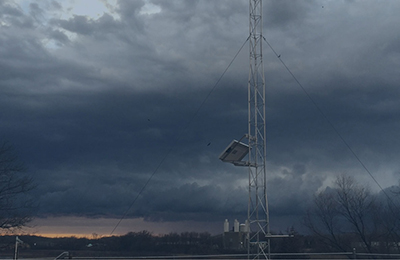 Monitoring for extreme weather in a changing climate

Hennepin County is improving weather forecasting, making informed decisions about the weather conditions, and increasing our understanding of Hennepin County’s climate with the Hennepin West Mesonet.